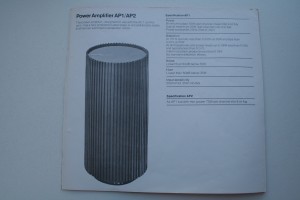 “AP2 ? In my humble opinion they were terrible things. I killed off that model pretty quickly.  Blew up every time you gave them a second glance. You would be much better off with an AP1X.” 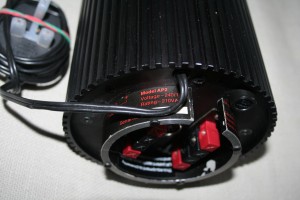 Original sales price was 104.50 pounds and also provided 70 Watts per stereo channel.   Suspect it overheated due to the small form factor (thus unreliable) and was quickly discontinued in favor of the AP1X and AP3 power amplifiers.