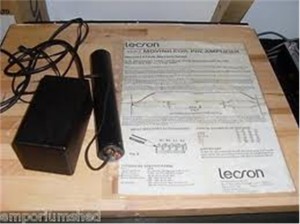 “Where did you get that? Jeramiah Braithwaite Esq. a good solid Yorkshire name. Yes I designed them and owned the company with Mike Harris. There were two models; one mains powered with adjustable input loading and the other was battery powered. Both were housed in an attractive black aluminium tube. I can’t remember the model numbers (I think one was an ST17) but each had a completely different circuit design to the other.

They were well reviewed at the time and we did a lot of export business particularly to Germany and Canada but eventually I was too busy with other projects to continue.”

Regarding the moving coil head amplifiers. There were two versions. The mains powered unit, the RA-14 was very quiet; a real swine to fix if you don’t know something about it.

The nicer unit is the ST-17 battery powered head amp with an internal pp-9 battery; I designed them for Mike Harris to sell and we came up with the “Jeremiah Braithwaite Esq” name.  Very old North Country.

The Lecson versions were made under licence and had different model numbers but I can’t remember what they were.” 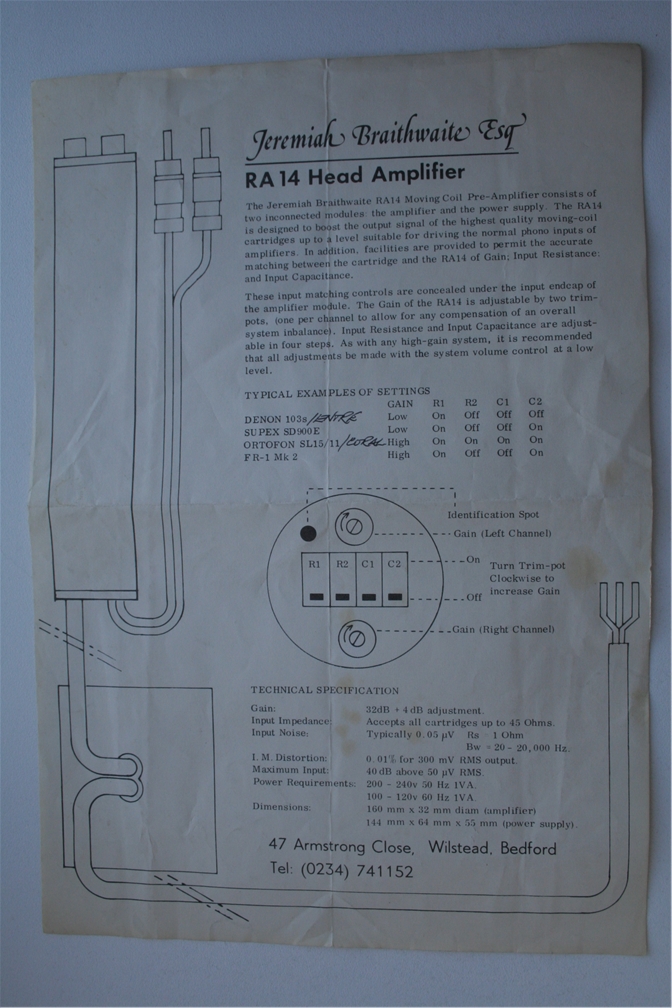