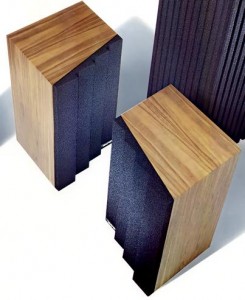 Stan Curtis writes, “They were a half decent design with an inner cabinet of fibre board damping and with two resistive ports to give a controlled reflex tuning.   The bass unit was a KEF B200 and the tweeter was the excellent SEAS unit which I subsequently used on the first Mission loudspeakers. The crossover was unusual in that it had a tuned circuit which removed a peak in the tweeter’s response. 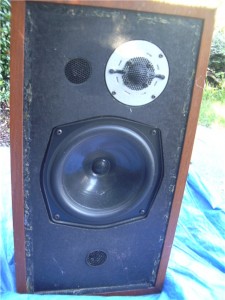 The cabinets were not made by one of the speaker cabinet people but by a local furniture manufacturer who set high standards.  I remember that the owner was 86 years old and his son; the youngster, was a mere 74 years old.  The speakers sold well and I wanted to increase production but he didn’t want to work overtime.  When I explained that his company would make more money he actually said “Son, my wife and I have a big house; two Jaguars and take a cruise each year.  We can only eat three meals a day so what do I want with more money?” 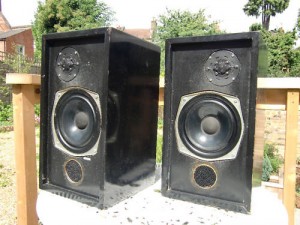 The original 1976 Harrogate Show prototypes of the LB1 Lynettes sale in 2010.  Note the vent stuffed with drinking straws, probably in an attempt to reduce port “chuffing”.

They differ from production in having Dalesford 8 inch bass drivers rather than the production KEF units and having a (now battered) piano black paint finish.

Strange things happen.   They probably don’t sound too wonderful and aren’t worth a great deal but are a slice of history.  The seller used to work for one of Lecson’s sub-contractors. 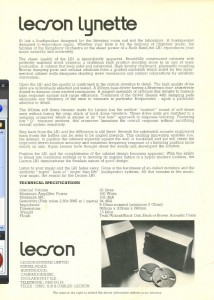 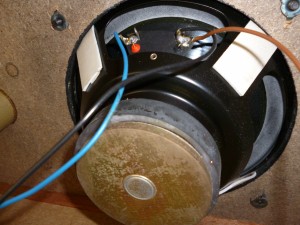 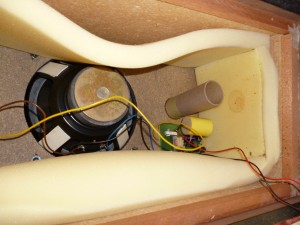 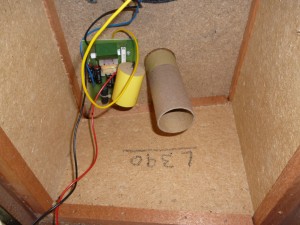 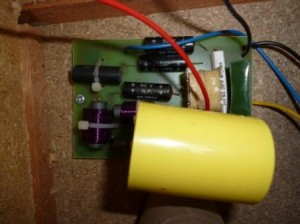 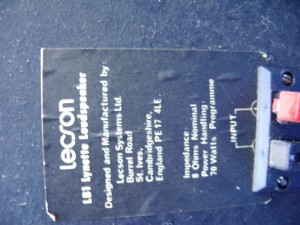