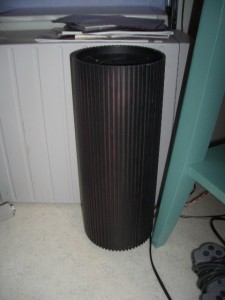 There were two AP3 power amplifiers: The AP3 and the AP3 Mk II.    Both were the same height; both appreciably taller than the AP1.

The major difference is the Mk II used a toroidal transformer.  The AP3 Mk II Power Amplifier is the Lecson collector’s nirvana (next to the impossible to find AP4) and is highly coveted.

Typical eBay prices are in excess of $500 and up each and worth every penny.

“The second product was the AP3 amplifier housed in a taller case and with a cooling fan at the top.  This amplifier was fraught with problems and we had to stop production shortly after I joined. This could have been a financial disaster for Lecson because there were loads of parts in stock yet few amplifiers were being sold.  I made a few changes to the AP3 design so that a trickle of products could leave the factory and then created a new design in a matter of weeks.

In my humble opinion the Lecson AP3 mk2 was a fine amplifier limited only by the case design which meant a tight squeeze in getting everything inside and a protection circuit which, in retrospect, was too conservative.  Indeed I recently came across a site where someone has taken the trouble to analyse the circuit and has made complementary comments — all very nice.

However in order to get a high power output you need a higher power input and the existing E-core power transformer was not up to the job. I had come from Cambridge Audio which was the first company to use toroidal transformers in audio equipment. So my solution was to use an efficient toroid but a very unusual one.

As the photographs of the AP3 show this transformer was tall compared to the usual flat doughnut shaped toroids of the era.  The only company who could make such a transformer was Plessey; the military equipment company and the resulting transformer was very, very good and very expensive. However it made for a powerful amplifier and a typical AP3 Mk2 could deliver 140 watts.

The AP3 Mk.2 proved to be very successful in the market and as reliable as the AP1X. The company could then stop worrying about its amplifiers and start work on a tuner.  Yet after Lecson died, the AP3 lived on although few people were aware of the fact.

I left Lecson to help found the Mission company and as well as the new loudspeakers we also launched a pre & amp; power amplifier combination. I only had 4 weeks after joining Mission to show the products at the Harrogate Hi-Fi Show.

So I designed a new case and fitted two AP3 boards but in a dual mono configuration; each board had its own transformer and power supply so the output per channel was over 150 watts per channel. I omitted the protection board and went for a very clean “straight line” wiring strategy.

This prototype also had a 3-wire loudspeaker cable so that all the cables and connectors would be within the feedback loop and so their effects would be reduced. This system was very audible; I was proud of the idea.

In the months following the exhibition the design was refined; the case was redesigned; a new board was designed and the AP3 circuit was improved and, for commercial reasons, the 3-wire system was dropped.  The final product had no obvious traces of its Lecson heritage.

Subsequently I left Mission but the amplifiers lived on carrying forward the Lecson DNA…..

That reminds me. The fan was added to accommodate the (then new) FTC power ratings. As I recall in England I could use the AP3 and never hear the fan come on from one year to the next.  Still I guess our weather is a bit like Virginia but without the benefit of the good summers.”

“I’m fortunate enough to own an AP1 and and AP3 Mk II and love them both!

Each is hooked up to a pair of Gale GS401 speakers (AP1 to the chrome ended version pair, the AP3 to conventional walnut finish pair) via their own AC1 in separate rooms.

Now the GS401in either finish is a difficult load for any amplifier to handle, regardless of vintage, but they do just fine. Both are excellent sounding amplifiers with good detail and can be listened to for hours on end without fatigue.  If you listen with the volume control set on 3, there really isn’t a great difference

But is there a difference?  You bet. When you turn the volume up to 8, the AP3 emotionally grabs you, hammering out those four 8″ woofers, a gorgeous midrange you don’t need to be an audiophile to appreciate, and a no-nonsense top end.  You just wouldn’t turn the AP1 up that high. It just isn’t a fair fight.

The AP3 and the Gales were meant for each other, providing a spark free near-Quad electrostatic performance louder than you could lust for and reliably pump it out for hours on end.  This is coming from a guy that’s owned Quad 57′s, 63′s, and 988′s in many permutations continuously since 1976.

At low level I’ll go with the Quad’s and don’t worry about the bass too much.  If I want drums, guitar riffs, or cannon shots it’s the AP3 and the Gales.  Both are a slice of audio heaven.  The Lecson amp and the Gales just play much louder with more bass.”

“The Lecson AP3 MkII (1976) is a directly coupled inverting class B design using a fully complementary output stage of series connected transistors and gives a power output of around 150 watts per channel (600W short-term peak).

Although adequate performance was given by the Quad 303, Cambridge P-Series and the near theoretically perfect Crown DC300, new speaker designs offered more in terms of low-impedance.  The use of very lively speaker loads, such as the notorious Linn Isobariks, could present problems where previously there were none, especially if used with ‘low-loss’ speaker cables.

A number of approaches were built with output stages intended to be capable of dissipating all of the energy from the power supply.

This design mounted the output transistors in series effectively doubling the Vce of these thus increasing the safe operating area (SOA), the output transistors chosen for their large chip area (200W, 90V, 30A, 2MHz).  Capable of delivering 20A to the load, the only protection in this unit was the mains fuse, the distinctive cabinet containing two identical amplifiers, each with it’s own power supply.  A separate module carried the DC offset protection, delayed switch-on and thermal protection circuits.  In terms of current, the BGW 750 could deliver even more.

A truly innovative overall approach that still inspires admiration, by Stan Curtis who was also responsible for the Cambridge P60/P80 (’74), the Mission Electronics Voltage Amplifier (’77).” 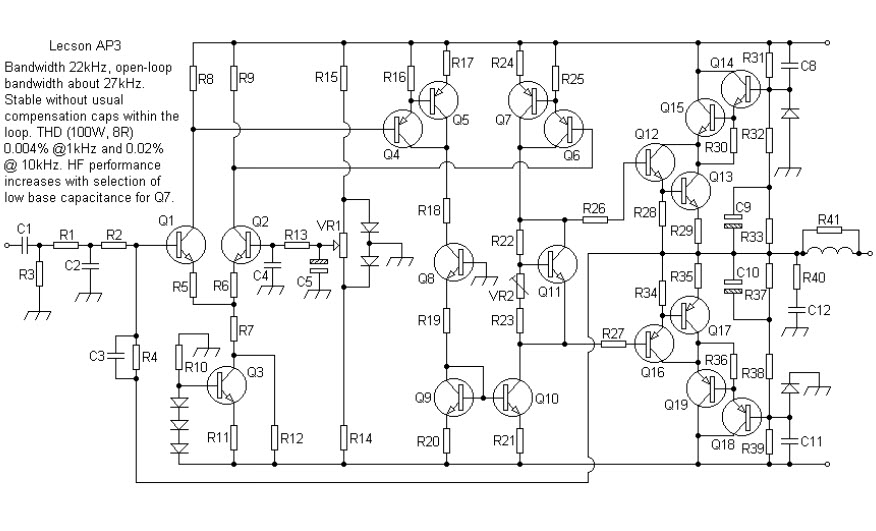 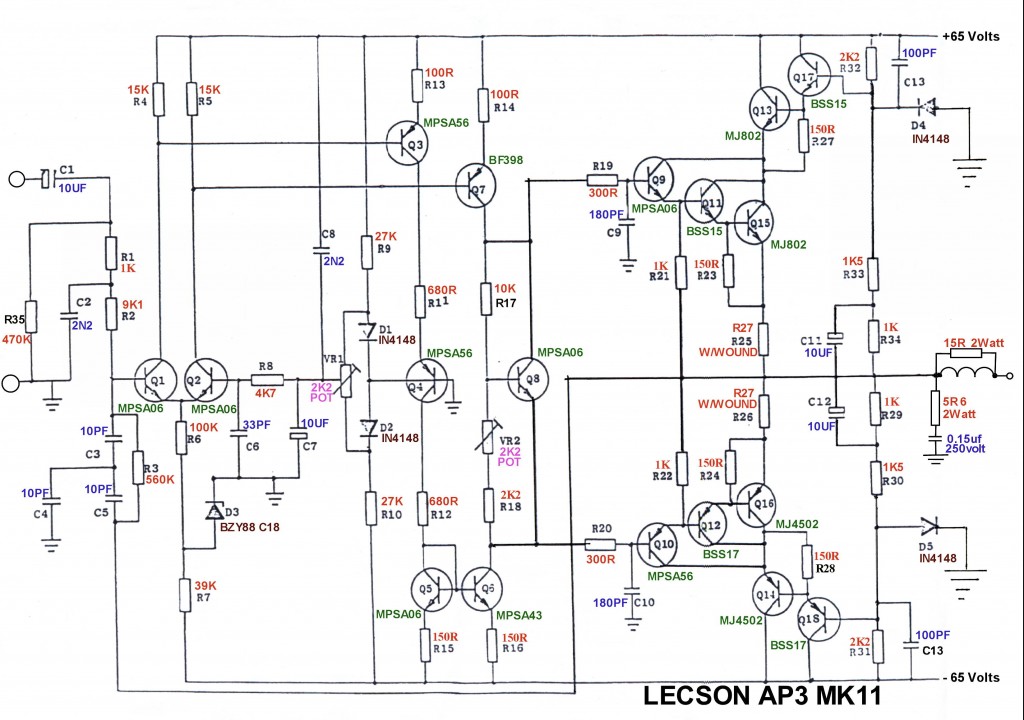 One Response to AP3 Power Amplifier